Our relationship with IsoAcoustics began in late 2018 when we were handed a set of Gaia III speaker isolation feet to experiment with. Due to the time of year it took a couple of months before we finally found the time to try them out. We removed the spiked feet of our KEF R5’s and carefully fitted the Gaia III feet, making sure they were correctly aligned with the logo facing forwards. It was immediately evident that the bass was cleaner and faster, which in turn improved the detail and subtlety of the mid and high frequency range.

Since our first encounter with the Gaia speaker isolation feet, we have introduced them to numerous people, all of whom proceeded to fit a set beneath their floorstanding speakers, such are the improvements brought to their systems. As far as the IsoAcoustics product portfolio is concerned, this is only part of the story, as isolation can bring significant changes to the performance of audio and video electronic components too.

Customers of Home Media have found the sound to have greater focus and better timing when positioning the IsoAcoustics Orea isolation feet beneath integrated amplifiers, CD Players, CD Transports, DAC’s, headphone amplifiers, network players, networks servers, phono stages and centre speakers. For turntable users, we have found the Delos isolation platform to be a great compliment.

Such is our love for the brand, you’ll find a selection of IsoAcoustics Isolation products displayed at our showroom ready to enhance your listening experience. Our demonstration stock includes:

Other models may be available upon request 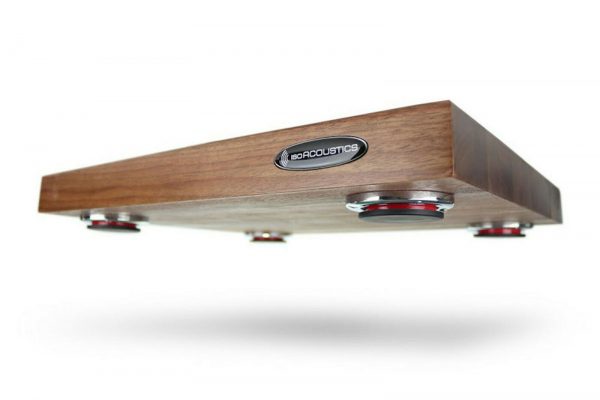 View All IsoAcoustics Products
 5/5
“As the year is coming to its end, I would like to thank you everything you have done to help and advise me. The service I have received from you and Home Media has been the best I have received over the 45 years of buying HiFi equipment.”